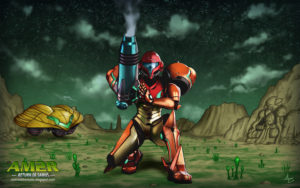 Fan art, fan fiction, fan films, cosplay and fan games. These are just a handful of the ways that fans of fiction franchises choose to express their fandom aside from passive consumption. Not all fans have the gumption and initiative to go beyond consumption but those that do, often go the extra mile and make something that can sometimes rival the originals.

Fan creations are somewhat of a grey area in copyright law. While a lot of it is openly created and distributed, the vast majority of it is done without the express consent of the copyright owner. However, most of those copyright owners look the other way, but not always.

Let’s take cosplay as a big example. Cosplay is a major expression of fandom. Every video game and comic convention in the world has a sizable cosplay wearing attendance. Most of the costumes are designed and built by the person who wears them. Why? Because most copyright owners do not approve of unlicensed vendors. Which really sucks for a lot of people. The licensed costumes available are often of very low quality to maximize the profit made. But copyright owners are willing to look the other way on cosplay because that industry isn’t eating into the Halloween costume and toy industries, because that is where the money is. 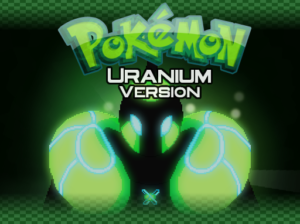 We have recently had two examples show up in the news recently. Two fan games created around Nintendo franchises were sent DMCA notices that resulted in official download links being removed. One, AM2R, is a fan remake of Metroid 2 with updated graphics, gameplay, bosses and more. The other, Pokemon Uranium, is a fan hack of Pokemon games that creates an all new league, new Pokemon, and world to explore. Both of these games are years long efforts that the creators poured their love of the respective franchises into. Why did they do this? Because they love Nintendo and its games.

I haven’t had a lot of time to put into playing these games. I have not yet found a trustworthy torrent of Pokemon Uranium, but I did for AM2R. What little I have played of AM2R has me excited to play more. The graphics and animation are well polished. The gameplay feels like a true 2D Metroid game. The collision detection has some minor bugs. This is overall a great return to the classic 2D format Metroid games.

While it is great to see these people spend years making games that are designed to honor their favorite games, I often have to wonder why they would do this knowing that the company that owns the copyrights have a high likelihood of sending a DMCA or Cease and Desist over the project. We see this happen again and again. We see it very often when the IP is owned by Nintendo.

I am a game developer myself. A hobbyist right now, but I would love to start making money at some point. I also have little time to spare on this pursuit. Which is why I can’t imagine spending that much time on something I know I couldn’t release and make money on. Yet, I have long wanted to make some fan games of my own. I used to play games all the time and imagine what it would be like if the story went another direction, or if they added a gameplay feature. But in the end, the ideas just flit away as flights of fancy as I turn my attention on my own original ideas.

But there is an audience for these kinds of games. Shoot, there is potentially a market for them. Valve tested out the waters last year with a paid mod marketplace for Skyrim. While that had a lot of problems, it showed that many companies want to help and support their fans’ creations.

Going even further, many fan creations go on to become original games that bring their creators a lot of press and sometimes money. Take for instance the MOBA genre. This entire genre started out as a hero centered mod of Warcraft 3. Defense of the Ancients was a little more than a map but it spawned a genre that has taken over the e-gaming world.

Another such success is DayZ, which started out as a mod for ARMA 2. It was such a success as a mod that the ARMA 2 sold more copies after the release of DayZ than it did the entire time before. Eventually DayZ got a stand alone release and from it spun another game Rust.

Of course not all such fan creations are good. Neither are copyright holders required to support fan creations. It would be nice if they took a live and let live attitude toward such productions, but they don’t have to if they don’t want to, which we will express our utmost disappointment over.

There is a lot to gain from a thriving fan creation ecosystem. There is little gained from cracking down on fan games. When a publisher cracks down on a fan game, they may think they are cracking down on unlawful infringement of their copyright. However, what they are really doing is cracking down on some of their greatest fans. And honestly, that sounds like a really dumb thing to do.

4 thoughts on “Fan Games And Fan Art; The Greatest Expression Of Fan Love”