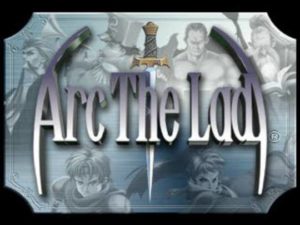 Next, we have the characters. There are seven total characters that join your party and all seven are present in battle. There is no choosing who is fighting in each battle. They are all simply there. Each character is a unique character in look and fighting style. You have your lead fighter, a healer, a mage, a monk, a ronin, a bard, and a summoner. You have a wide variety of skills and powers to take advantage of to win the battles you are faced with. Some characters will leave you wanting though. The summoner and the ronin are both rather weak characters and you will typically leave them in the back for much of the game, because, if you don’t they will die rather quickly.

The story is pretty basic. There is an all powerful Ark that the bad guys want to get and you must gather the powers of the five elements to put a stop to it. However, what will likely upset many players, and where I find myself not too happy, is that the main story campaign will only take you about 10-12 hours to complete. On top of that, this particular game seems to be designed as a prelude to Arc The Lad 2. This is a bit of a spoiler so you may want to skip to the next paragraph. You don’t actually win. You find the Ark and the bad guys sneak up on you, split your party and take the Ark for themselves. It leaves you on a bit of a cliffhanger and you must play the sequel to finish the story.

Another aspect of the game that leads into the prelude aspect of this game is the fact that the save file you create can be ported into the second game and all your levels and accessories are brought over. This kind of worried me as I played the game on the PSP and because of how it handles save files, I wasn’t sure how I was going to do it. But I quickly learned that I will be able to transfer my save file onto my PS3 and then into the new game. This feature of transferring a save file is not something you see in too many games. I would love to see something like this in more game franchises.

Another not fun aspect of this game is the side quests. There are a handful of side quests that aren’t too much of a big deal. However, some of those smaller ones have missable rewards if you don’t complete them in time. The big problem is with three side quests in particular. The first is an optional dungeon. This thing has 50 floors and no rests or save points. You must fight your way down all 50 floors and then back up. If you die at any point, you must start all over. This dungeon has several one of a kind accessories and a somewhat powerful summon for your summoner. All in all, this dungeon is likely to take you 4-5 hours to complete.

The next side quest is a monster fighting side quest. You must fight an increasing number of monsters and then talk to one of the elemental spirits to get a reward. However, if you talk to the elemental at the wrong time, you have to start the monster count over again. So if you lose track and talk to him too early, you are boned. I am not sure how long this one takes but it could take several hours.

The last major side quest is an arena side quest. In this one, you must fight a number of one-on-one arena battles to win multiple prizes. Again, this side quest has a number of one of a kind items for you to win. To get all the items, you must fight and win 2000 battles. I timed this out a bit. I completed 40 of these battles and they took me about 2 hours to complete. In order to complete all 2000 battles, I would have to play over 100 hours. That is 100 hours of extremely repetitive gameplay. I looked at that estimated time and said, no way.

In the end, I have a hard time recommending this game. I have yet to play the second game and still want to do so. So in that respect, I guess it is fine that I played it. If you want to start the second game with the experience and items gained in the first one, then I would recommend it. However, if you don’t just mind reading a story summary of the first game and jumping right into the second one, I would assume that is perfectly reasonable. What I don’t recommend is completing that arena side quest, unless you are just a glutton of punishment and really want to complete your item list.

email
« Alundra Is A Wonderfully Dark Adventure With An Unintentionally Hilarious Scene
Quick Thought: I Have Been Conditioned To Expect More Commercials »

1 thought on “Arc The Lad: A 120 Hour Sidequest With A Smidgen Of Main Story”