Sega Mini Is Coming, But With What Games? [Updated]

The big news recently is that Sega is finally ready to launch their true competitor to Nintendo’s NES and SNES Classic consoles. While it is true that Sega has licensed out their console brand and game libraries to At Games in the past for a retro console experience, those offerings were plagued with terrible controllers and emulation. In response, Sega pulled the development of their latest retro console experience in-house and will release it this year on September 19th.

However, much like Sony, Sega is holding some of its cards close to its chest. While we know that we will be getting a Genesis 1 formatted console and two of the 3-button controllers with HDMI output for $80, we only know 10 of the 40 announced games. Those games are Ecco the Dolphin, Castlevania Bloodlines, Space Harrier II, Shining Force, Dr. Robotnik’s Mean Bean Machine, ToeJam & Earl, Comix Zone, Sonic the Hedgehog, Altered Beast, and Gunstar Heroes.

If There Is A N64 Classic, This Is What We Think Should Be On It

It has been frequently requested of Andrew and me to post our predictions/hopes/dreams of what would be on a hypothetical Nintendo 64 Classic Console.We both remembered that we have discussed this in the past, and Andrew was kind enough to find that discussion in the 69th episode of Molehill Mountain.

There really isn’t a lot to go on at this time about such a system. If one does arise, there is not likely to be more than 15-20 games on it. Andrew and I both kept our lists to a maximum of 15 titles. One thing that would make such a system tricky is that it supported up to four controllers and the button layout is very different from modern Nintendo controllers.

Every year, the Extra-Life charity event tasks gamers with a 24-hour video game marathon to raise money for their local Children’s Miracle Network Hospitals.  This year, participating gamers raised (as of this writing) $8,338,500!

I live in San Diego so I was playing for the Rady Children’s Hospital.  With the help of a bunch of super generous people, I raised $825 this year which is by far the most I’ve raised for Rady Children’s in a single year!

UPDATE: It’s over, we raised $800 for Rady Children’s, now I’m going to sleep! It’s time for the Extra-Life charity marathon to support the Children’s…

“Penguins of Madagascar” – A whole movie based on one-joke characters in a mediocre franchise? Sounds like a bad idea. Surprisingly works.

Today, I would like to waste some internet real estate to tell you about my latest in a long series of dumb ideas.

Every time a new Marvel show debuts on Netflix, I buy a month subscription so I can watch it.  It only took me four or five days to get through Luke Cage so, making the most of the remainder of my subscription, I queued up The Penguins of Madagascar and gave it a watch.

I had an opinion on the flick so I took to Twitter to express it and found it a bit of a challenge to cram my thoughts into 140 characters.  But!  I do love a challenge so for the past week, I’ve been composing movie reviews that are as entertaining and substantive as possible within the confines of a single, 140-character tweet. 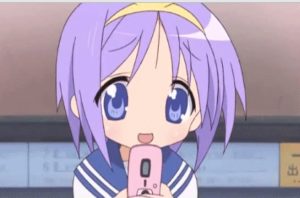 I was driving home from the grocery store at 9:06 last night when the phone in my pocket vibrated, informing me that I had received a text.  I’m a super duper safe driver who obeys laws dictating what you can and cannot do with your phone while driving in the bone-dry state of California so I left it in my pocket and continued on my way.

I arrived home, put my groceries away and finally checked my phone.  This is the text messaged I’d received: 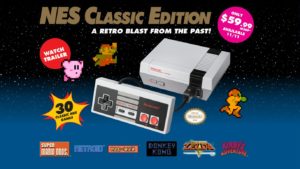