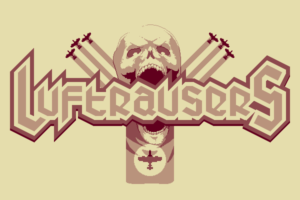 Vlambeer is no stranger to cloning controversies. A while back, its game Radical Fishing was “cloned” by another company and turned into a game called Ninja Fishing. I responded with a blog post about why the idea of game cloning should be an accepted part of the industry. The idea that copying game mechanics is neither unethical or theft as many people like to claim was central to my point. Game cloning has been around since electronic table tennis. It will be with us long after. Other industries are not immune to the effect either. Yet for some reason it gets a lot of negative attention in the games industry.

This past week, it turns out that the gaming community spotted what they claimed to be another Vlambeer cloning case. In this case, Vlambeer is working on a stylized aerial dogfight game, Luftrausers, and out came yet another game, SkyFar, that follows a similar path. You can view footage of Vlambeer’s game here and the supposed clone here. To me, this seems to be yet another case covered clearly by my previous response. But with all the press the controversy was getting, I had to vent. So I went to Twitter and said the following:

I am so getting tired of Vlambeer’s overreactions to game cloning. Why are they making a big deal over a game on a platform they aren’t on?

It is one thing to complain when a supposed clone is directly competing such as with Triple Town, but this latest complaint is ridiculous.

There are ways to deal with it that don’t involve crying to Apple and Google. For one, you can ignore it, two you can do better than it.

I was halfway hoping to get a response, but didn’t really care either way. But I did get one. Rami Ismail, business and development guy at Vlambeer, responded with the following:

I’m getting equally tired of brushing cloning off as if it’s a good thing. It is not and should not be ‘OK’. Inspiration, fine.

From here, he and I had a long debate on Twitter. While the debate mostly confirmed their stated positions on game cloning, I did want to elaborate on a few things found in there. First up was Rami’s second tweet to me.

In the end, though, we do not control what the press writes about. We just reply honestly when there’s a request for comment.

This seems odd to me. While I understand that Vlambeer cannot control what the press says, they can control what they say to the press. One would think that it would be obvious for the press to seek out someone who is known to have controversial opinions on a fact of game design such as cloning. Once alerted to something that deals with that company and that controversial topic, the press would seek them out for comment.

If that is how the press functions, then responding to the press in exactly the fashion they were seeking is basically falling where they want you to be. So in reality, this whole ordeal could have easily been avoided had Vlambeer not responded or responded in a non-controversial manner.

The next tweet deals with their response to this game “clone”. They stated to the media that they are contacting Apple and Google to get them to do something about it. When confronted with this Rami responded:

We do intend to challenge a game that takes our style, theme and gameplay & admits to faking their screenshots & trailer.

This was a running theme through his comments. Rami seemed to be under the impression that their only option was to complain about the game. When I brought up the idea that they could instead compete with what is apparently an inferior game on a platform they don’t target, he brushed the idea off with this:

We’re not competing, we do not intend to compete. We don’t care about competing. We care that that’s our work being ripped off.

And that is the problem with their view point. Competition is somehow a bad thing to them. They do not believe they should have to compete against similar ideas. That is a dangerous line of thought. A line of thought that has them admitting that rather than compete, they would have the competition banned. Referring to my comment confirming that their hope is to have the “clone” banned from iTunes and Google Play:

Like you said, that’s not our decision, but it is what we hope the judges will decide.

I seriously hope that Vlambeer is in the minority in their opinion. The idea that we should not have to compete in a marketplace of ideas and concepts in gaming is absurd on many levels. Game developers compete in such a way on a daily basis. Call of Duty competes with Battlefield. The Sims Social competes with the Ville. Diablo 3 competes with Torchlight 2. And so on and so forth. Each of those games could be said to be a clone of the other. Yet, barring rare occasions, the companies choose to compete with each other in the market rather than complain and try to have the competition banned.

In conclusion, I want to respond to one last tweet from Rami:

No, we just feel victimized by people intentionally ripping off our games. If someone is inspired by our works, we’re proud.

I asked him where the line was because to me it seemed that they are placing it so far askew that there could be no “inspiration” they would accept. In response to that query, he simply stated that he felt my placement was too far askew in the other direction. Based on my conversation and other media responses by Vlambeer, it would seem that the only way they would consider something to be an “inspiration” rather than a “clone” would be for the competing game to be released after their game and not for sale or monetized in any way.

While that placement of the line is not confirmed by Rami or Vlambeer, I think it is pretty safe to assume that it is in the ballpark. I would hope that other indie and even AAA developers would move away from such a mindset. By treating as a clone  anything that even remotely cross-eyed looks like it might compete with your game, you are showing that you cannot compete in a real market. Without some kind of artificial controls on the market, you would fail at the first sign of competition. Why would any developer want to believe that?