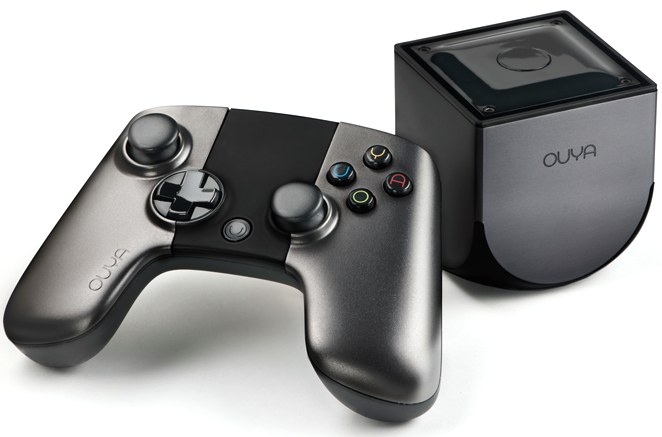 In the coming weeks, we’re going to let devs choose if they want to charge up front for their games. Now they’ll be able to choose between a free-to-try or paid model.

We kept hearing the same things:

· It’s about choice. Give devs the freedom to choose. That’s openness.
· It doesn’t make sense, creatively, to put a demo in my game.
· Implementing demo content is not within our studio’s budget.
· I don’t really know how to implement a good demo.

All these things convinced us.

Giving devs the freedom to choose gives our gamers access to the best games available. We’re clearing another roadblock in the pathway to publishing on the TV, and that means more great games will make it to OUYA.

I am all about empowering people and providing choice, but it seems odd to me that Ouya would value game developer choice over that of the people buying the games. The free to try component has always been about giving greater purchasing power to game consumers. But now, Ouya has stripped that from the gamer completely.

While Ouya states that this will be a choice for game developers, we all know what the vast a majority of them will choose to do. They will stop making any part of their games free to try. There has been a very anti-demo mentality going through the minds of developers for many years. The main belief being that the presence of demos decreases sales.

But to respond to this change, let’s look at the individual arguments listed above.

It’s about choice. Give devs the freedom to choose. That’s openness. Yes, let’s give devs a choice at the expense of the gamer. Let’s continue the practice of withholding valuable information from the gamer so we can make a few extra bucks off of hype. By granting this choice to developers, it reduces the number of tools available for gamers to make educated choices on which games to buy.

It doesn’t make sense, creatively, to put a demo in my game. How does releasing the first few levels or first few minutes not work in any game? Square easily added a free to try portion to a JRPG. If they can figure that out, how can any other developers not do the same?

Implementing demo content is not within our studio’s budget. Again, this does not have to be a stand alone demo. This is as simple as putting in a check to see if the game has been bought and then prompting the player to buy if it hasn’t been. The most difficult part of this process is deciding when to put the nag.

I don’t really know how to implement a good demo. Then why are you making games? If the first 30 minutes or first few levels of your game are not enough fun to keep the player excited and engaged for the rest of the game, then you have failed. As I have said repeatedly, that is all that is required to make a good free to try component for the Ouya.

It really is a shame that the people behind the Ouya fell for these lame excuses from these devs. It frustrates me that developers would want to remove choice from their fans in this way. With this great consumer tool gone there is little that can be done to protect gamers from wasting their money on games they do not like.

That is what will happen. Then as people complain and spend less money, devs will be forced to lower the prices of their games in order to convince people to give them a try. That is what I see happening. As the Ouya gets more games, we will have a race to the bottom in pricing. Since people will be unwilling to spend money on a game sight unseen, the price will have to be lowered to capture as many potential sales as possible. So by empowering devs, Ouya will weaken them.

I hope that this will work out for Ouya and the devs who do bring their games to it. Unfortunately, I see myself and many other people  buying far fewer games going forward if they do not have a demo.