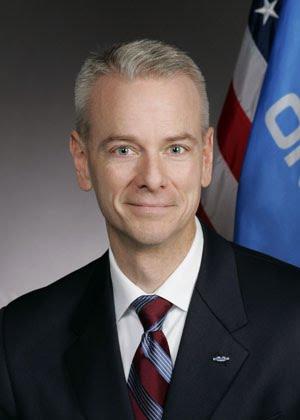 For a number of years, Oklahoma Senator Tom Coburn had published an annual Waste Book, highlighting what he considered wasteful spending by the federal government. In almost every edition of that report, Senator Coburn highlighted at least one government agency or government program that was spending money on something video game related. Whether the money was spent on game related research or on funding game development, he would comment on how he felt it was not something on which the government should be spending money. Last year, Senator Coburn retired from the US Senate. With that, he published his last Waste Book report.

Taking up the mantle of highlighting wasteful federal spending, Freshman US Representative Steve Russell of Oklahoma has published his first Waste Watch report. While not nearly as extensive as Coburn’s reports had been, he does point at one spending program that relates to games.

The researchers believe this form of amateur filmmaking, which they call “machinima,” has a high threshold of entry due to the technical skills required. The goal of their project was to find ways to reduce this threshold by designing digital media production software to help improve video game movies by “suggesting, autonomously creating, and critiquing” film content.

In the report, Russell states that this spending is not needed as the machinima community has done quite well using current tools and methods.

Software of this type may very well have a future. However, the world of online gamers, YouTube shows, and digital art is notoriously free-wheeling. Innovations in this area will come through the organic, ingenious efforts of millions of independent artists, gamers, and programmers—not a $700,000 grant administered by a federal agency. The findings of this study are not likely to contribute to the development of software that will gain popularity among this vibrant, proudly independent online community. Moreover, at a time of restricted budgets, projects of this kind are not a priority.

In an aside to this section, Russell highlights the popular machinima video series Red vs Blue as an example of the machinima community at work without government funding. Another example not listed here would include Valve’s own Source Filmmaker which the company has spent significant time and money developing and has gained increasing popularity with the online gaming community.

It is not clear how often Rep. Russell will publish this report, but we can likely expect an annual report from him. It will be interesting to see what video game related areas of federal spending he will highlight in the future.

E. Zachary Knight is a Game Politics Contributor reporting out of Oklahoma.