In last week’s return to the Nintendo Direct, Nintendo announced a couple of roster updates to two of its games. Both of these have been met with mixed feelings, but mostly positive. I myself find that one of the choices is a great inclusion but one just really puzzles me. 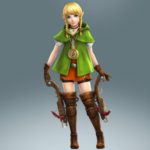 First up, Nintendo announced what is essentially an official female Link, named Linkle. Instead of a straight up gender swap, Nintendo decided to make her a unique character. She wields dual crossbows instead of Link’s traditional Mastersword and shield. She will be coming to the 3DS version of Hyrule Warrirors.

One of the reasons this character is controversial is that it is kind of out of the blue. She has not been featured in any Zelda game before this. But that really doesn’t matter. She exists now and can appear in future games.

The main reason why she is controversial is that many people see her as little more than a “Ms. Male” character. That she is essentially “Link with a bow and lipstick.” While I can understand this concern, I don’t see how it is founded in reality. Right now we have nothing but her character model and the game she will be a part of. She hasn’t had a chance to shine as an individual character. She has her own move set, her own fighting style, and hopefully her own personality. Other than the name and clothing colors, there is not much that defines her in terms of Link.

Overall, I am really excited about the prospects of a new Zelda character, especially a female one. This could be the best addition to the franchise since Princess Zelda’s alter ego Sheik in Ocarina of Time. I look forward to seeing her in action. 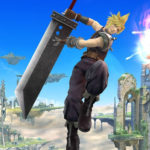 The second character inclusion is the one that baffles me. It really makes no sense to me. I am talking about Cloud in Super Smash Bros. While Nintendo is not unfamiliar with including non-Nintendo brand characters in its Smash games, this is the first time there hasn’t been a real tangible connection. Yes, I am familiar with his cameos in the DS Kingdom Hearts games and Theatre Rhythm, but that hardly means he has a tangible connection.

Why did Nintendo agree to include Cloud? Nintendo was fine with Square including a character in Smash, but why not something more connected to Nintendo? Here are just a few characters I think would make great Square inclusions:

Those are just a few characters I can think of but there are still plenty more from other franchises like Dragon Quest and Secret of Mana. With so many choices to be had, why did Nintendo and Square choose a character with no real Nintendo connection? Fan wank. That is really all I can think of. Square just wants to fan the flames of fandom as it tries to promote its Final Fantasy 7 PS4 exclusive remake. That’s right. The FF7 HD remake is a PS4 exclusive. Meaning that Nintendo has provided Square advertising space for a competing product. Why? This completely boggles my mind.

There you have it. One really good character choice and one really questionable one. Hopefully, both of these choices will be successful for Nintendo, even if I don’t agree with everything Nintendo has done.