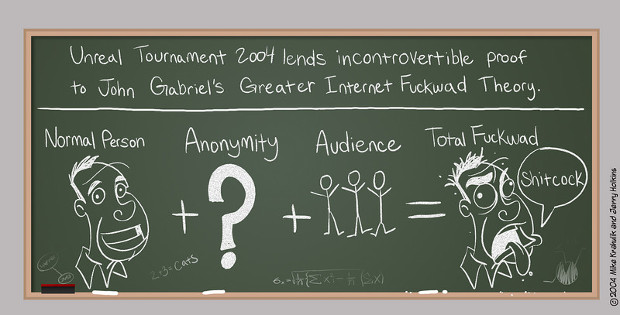 But seriously, what is wrong with these people? There is nothing in these cases that should result in such psychopathic and sociopathic behavior. Yes, it is fine to have complaints about the direction a game developer or designer goes but that does not warrant threatening the person making the decision. I honestly can’t see what would drive anyone to act in such a way to issues that have no real bearing in their lives.

There are some great gamers and game developers out there. Sure, I don’t agree with everything they say or everything they do, but I don’t think it is enough to threaten them with harm, death or rape. How does anyone who resorts to such tactics even function in society?

I really hope that this Polygon expose gets a lot of attention. I hope that those who participate in such harmful and unnecessary behavior take a look at themselves and realize just how much harm they are inflicting on others. The games industry is a great industry. There are real people working in it. People with feelings, lives of their own, families and more. We need to respect them and each other. So please, cut it out and be civil.