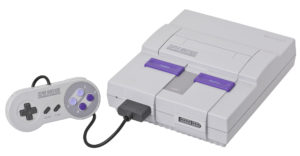 While EZK and I had our own ideas as to what constitutes the perfect SNES lineup, our community’s suggestions spanned 95 different titles!  The Community’s List is composed of the 20 SNES games that appeared most frequently in our readers’ suggestions (the number in parenthesis denotes how many times it popped up).  Games unique to any individual list are highlighted in red.

For those wondering, including games recommended at least three times would have brought the Community’s List up to 24 by adding: ActRaiser, Pilotwings, Super Punch-Out!! and Tetris Attack.

Including games recommended at least twice would have brought the list up to 40.