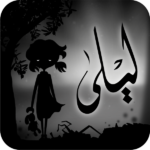 Even this isn’t Apple censors at their most absurd. Two years ago, Apple started rejecting game submissions if they had references to guns in their videos, screenshots, or copy. Even if those games had gunplay as their primary gameplay mechanic.

One would think that after 9 years of iPhone development, Apple would have come to terms with gaming and moved passed these stupid decisions on content. Yet they continue to make dumb decision after dumb decision. You would think that they would employ someone in their app approval process who has experience at least playing games. But that doesn’t appear to be the case. Based on these kinds of decisions, it would appear that those employed in this department either hate games or have a naive idea of what games are and can be.

Games are a powerful medium, just as powerful if not more so than books, music, and movies for sharing ideas and changing minds. Sure the game community, both on the design/development side and the side of game players, is divided on whether serious or editorial games should be pursued, but the fact remains that they are something that a sizable number of people in the community want.

When game stores reject these kinds of games, they aren’t just rejecting the individual games but they are actively contributing to the negative environment that tells game developers that their medium is inferior to that of other fields. That gaming can never be a serious medium for people who have a message to share. That is not and never will be the case.

Apple really needs to get their heads out of their butts and stop making these stupid decisions. They need to let people release the games they want without fear of being marginalized or censored.

If you want to try out Liyla, you can do so over on the Google Play Store. You can also follow Rasheed Abueideh on Twitter.