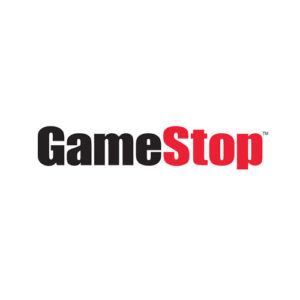 Despite being 10 years old, the PS3’s Dual Shock 3 controller still retails for about $45.

WARNING: Obnoxious whinging beyond this point!  Proceed at your own risk!

Finally, I went to GameStop.  All due respect to my friends who work there but GameStop is a last resort for me.  It’s where I go only when I have no other option.  Why?  Because GameStop has a nasty habit of gutting its games (opening them, taking out the disc and instruction manual, and slapping price stickers right ON THE CASE) and selling them as new.  It’s a practice I simply can’t abide.

Anyway, GameStop did not have any new PS3 controllers but it did have a selection of used controllers.

Now, I’m not going to buy a used controller because I want to lessen the chance of inheriting someone else’s problems but here’s the thing… GameStop was selling USED PS3 controllers, which again, I remind you are TEN YEARS OLD, for FORTY FIVE DOLLARS!!!  Seriously.  FULL RETAIL PRICE for a USED controller.

So utterly disgusted was I that I nearly wheeled around and hurled obscenities at the hapless GameStop clerks whose fault this odious pricing is certainly not.

Instead I left the store and stormed to my car muttering a colorful string of profanity under my breath the entire way and then angrily ranted the entire drive home.  $45.  FORTY FIVE DOLLARS.  For a USED controller.  For a TEN YEAR OLD system.

That is INSANE.  It is PREPOSTEROUS.  It is DISGUSTING.

Look, I took an economics class in college.  I understand how supply and demand works but it’s the principle of the thing dammit!  You do NOT charge FULL RETAIL PRICE for a USED product.  How DARE GameStop have the gall to charge FORTY FIVE DOLLARS for a USED PS3 controller that it buys for LESS THAN 15 DOLLARS!!!  It’s outright OFFENSIVE.

Anyway, a friend loaned me one of his controllers while I work on sourcing a new one for myself.