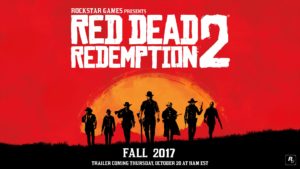 Last week, financial services provider Macquarie Group dropped Nintendo from “outperform” to “neutral” saying that the NX reveal would be next week.  Hey, that’s this week!

Today is Tuesday so if Nintendo’s big NX reveal is the day after tomorrow, then it almost certainly isn’t a live event.  The press needs time to make travel plans so if a live event hasn’t been announced by now, it ain’t happening on Thursday.  Maybe everyone’s under a massive NDA and no one’s spilled the beans?  Pretty darn unlikely.  It’s not just the press you have to worry about.  Nintendo would have to rent out a space, set up its stuff, move all its people, do a few practice runs, etc.  That kinda thing is really, REALLY hard to keep quiet.  Hell, Miyamoto can’t even visit Universal Studios without tongues wagging.

So, if the NX reveal is on Thursday, it’s almost certainly a Nintendo Direct.  One has not yet been announced but the Big N rarely tells us about them until the day before anyway.

The trailer is supposed to be available at 11a EST.  Morning Nintendo Directs are typically a little earlier but that’s not an unheard of time.  Plus, it could just mean the trailer itself will be available after the Direct.  It’s also possible the Direct won’t debut the trailer but only announce the title for the system and to “stay tuned after the show for the world debut of the trailer!”

The game’s website lists PS4 and Xbox One so if it is an NX game, it’s not an exclusive.  But that’s okay.  Many gamers have long since written off Nintendo because the most popular games from Rockstar, EA, Activision and others have mostly skipped its last two systems (hell, Rockstar games almost never appear on Nintendo’s platforms) so boasting Rockstar support right out of the gate would be a hell of a statement for Nintendo’s new console to make.

So, will this happen?  Will Nintendo announce the NX and a games lineup including Red Dead Redemption 2 in a Nintendo Direct on Thursday?

If it doesn’t, many believe that, at the very least, Nintendo will say something about the NX during its investors meeting on Wednesday of next week.